Responding to Racism in Youth Sports 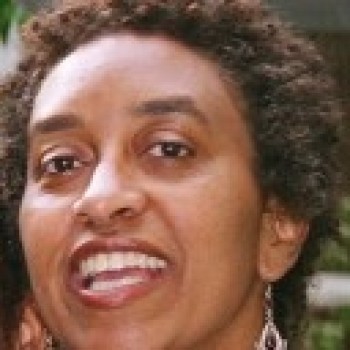 We all have a responsibility to tackle racism in youth sports. From parents to coaches, to league officials—many people are struggling to figure out how to handle the rapid rise in incivility, bias, bigotry, and hate speech playing out on the pitches, fields, and courts of youth sports. Given this new reality, adults need to prepare for the possibility of bigotry in the locker room, on the field, in the stands, or the team bus.

How can you get in a ready stance? And what should you do if an incident takes place? Read on.

“The goal is to make our sports fields and teams places where everybody can be their whole selves and aren’t put at a disadvantage because of a part of their identity; where people aren’t easily bullied,” says Dr. Ali Michael, the co-founder, and director of the Race Institute for K-12 Educators. Take steps to help make everyone feel welcome and included.

2) Keep an eye on your team’s climate.

Whether using the N-word, putting down LGBTQIA+ people, insulting language that refers to women or telling immigrants to “go back where they came from”—create a team culture that discourages slurs, casual put-downs, and incivility. In the locker room and team bus, on the sidelines and the field, keep your ear to the ground for uncomplimentary language, including that used in casual ways kids could perceive as harmless or nonchalant. Stay attuned to the needs of students with marginalized identities. Think players of color, immigrants, LGBTQIA+ kids, and so on. Look for signs of tension, fear, alienation, and hurt—all possible signs of bias-based bullying.

Just as you develop a strategy for defeating your division rival, lay out thoughtful  tactics for handling intolerance. Anticipate bias and create strategies to counter it. Remember: hurtful language could come from opposing coaches, players, parents, fans, and the community. Even your own parents, coaches, or players may purposefully or unwittingly act out. How will you approach it? Check out Teaching Tolerance’s download “Speak Up at School”.

Even “Whoa! Whoa! Whoa!” can disrupt unacceptable words or actions. Rehearse statements like these using a calm, confident and firm tone and the voice of authority. Though the situation could become uncomfortable—say, a player claims they were “joking” or parents insist their kid didn’t mean any harm—standing up against bias is very important. You’re doing the right thing by protecting a child and your team’s spirit. Go here to learn appropriate conversations by age range.

No matter their positioning in the community—their race, gender, ethnicity, socioeconomic status, sexual orientation, gender expression, national origin, etc.—any child can be an upstander on your team.

What’s an upstander? Someone who recognizes when something is wrong and takes steps to make it right. A hero. Upstanders demonstrate strong character, speak up for what is moral, and support and protect bullying’s targets.

“As a White person, I’m going to stand up against racism, but I expect the straight folks on my team to be fighting the homophobia that’s coming at any of us that demeans all of us, or the sexism,” says Dr. Michael. She adds, “It’s not just Black kids that need support, it’s everybody.”

Bigotry has the power to hurt feelings, sow dissention, and tear a team apart. Help players to have each other’s back.

Strengthen your team’s ability to withstand bias by prepping players on how to behave if such an incident occurs. As you did, have team members create and practice phrases that can interrupt hateful speech. And ask teens for their opinions about how they would handle the situation.

“Fighting’s always an option,” Dr. Michael says. “But what are the options that get us not in trouble and not hurt. That’s on the table, but we don’t want to go there. We want to think about the other possibilities.”

Role-playing builds skills and prepares everyone in the event an incident takes place.

Preach team unity. Bigotry has the power to hurt feelings, sow dissension, and tear a team apart. Help players to have each other’s back. To be a team.

Say: “Racism was created to divide people. And it could very easily divide us if we don’t know how to support one another,” says Dr. Michael. Express similar perspectives about other differences—religion, sexual orientation, and national origin, for instance.

It’s essential  that coaches, team leaders, and parents speak up each and every time an uncivil, biased, bigoted, or hateful remark takes place. Inconsistent responses can signal that bigotry is okay and sow fear, confusion and mistrust within the team. As soon as someone makes a biased remark, denounce the act and address it.

“When something like that happens, you have to stop. Because even if a student wasn’t a target of that hate speech, they are now feeling like, ‘Oh my gosh, I’m uncomfortable with that comment. What if I’m next? What if my identity’s next?” says Dr. Vincent Pompei, Director of the Youth Wellbeing Program for the Human Rights Campaign, a civil rights organization representing LGBTQIA+ communities.

“There’s an expectation that the coach and others are going to create a protective environment and that the coach has set up a place, a space, where the players are protective of each other regardless of race or ethnicity,” says Dr. Maria Trent, professor of pediatrics at Johns Hopkins Bloomberg School of Public Health.

To learn more, check out Teaching Tolerance’s report “Responding to Hate and Bias at School.”

Teach “see something, say something”. Ask team members to commit to speaking up if they hear or see something wrong.

“Coaches have to listen; other players have to listen; they have to provide credibility to what the person is experiencing even though they’re not the target,” says Dr. Trent. “When someone hurts a member of our team, it hurts all of us.”

If a team member reports an incident, believe them, says Dr. Michael. “Then, based on the behavior, strategize about what to do.”

Even if a student isn’t first to stand up against a hate incident, even echoing that attempt to interrupt the incident is powerful.

Being the recipient of hate speech and bullying can not only incapacitate a child at that moment, but it can also cause anxiety, depression, disrupt sleep, cause grades to drop, increase involvement in risky health behaviors like smoking and drinking and—if the child internalizes the negative messages—even shorten their lifespan. Victims often feel vulnerable, alone, and angry.

“The player needs somebody to hear them out and to recognize and acknowledge that the experience they had was hurtful, and if there’s something that the coach can identify that they can do or that the team can do differently to help them better manage that should they face it again,” says Dr. Trent.

If you are a parent, you may feel hurt and angry, but attempt to remain calm. “Try to help figure out what’s the best way to support your child,” says Dr. Trent. Then model productive ways to handle the situation.

After an incident, restore the team to health. Remind your young people of what your team stands for and restate your commitment to restoring a safe and welcoming environment. Whether by wearing ribbons, arm bands, or specific colors, create a teamwide way to show unity—perhaps involving team families, your school, or the broader community.

Incidents of bias and hate speech are important teachable moments when you can remind all team members of your expectations and build their capacity for empathy. Also, consider how to reduce the likelihood the behavior will be repeated.

Pursue appropriate consequences for the perpetrator. Don’t overlook bad behavior, discipline children. For instance, tell the player, “You said awful things to the opposing player. That means you have to sit out this next game,” says Dr. Michael.

Always be fair when you administer rules and focus on the young person gaining an understanding of how painful and damaging bigotry is. This will allow the  person who acted inappropriately to learn from the incident, apologize sincerely, and be restored to the team community.  This is true discipline, which means “to teach,”  rather than being only punishment.  Listen to the child who misbehaved and invite them to substitute knowledge, and understanding for the fear and ignorance that may have driven their behavior.

“Oftentimes, people either were exposed to these things in other environments, and it’s become normal for them, or they feel threatened,” says Dr. Trent. “They really need to have the opportunity for someone to listen to what is at the core of the anger or brutality that they’re experiencing.”

Responding to Racism in Youth Sports Hilary Beard is a Philadelphia-based writer, speaker, trainer and coach. She has written 13 books, including “Promises Kept: Raising Black Boys to Succeed in School and in Life.”

Talking About Race With Teens