When it comes to the topic of middle school, what kind of memories come to mind? Having a good sense of how our past informs our present was a motivating force behind author Judith Warner’s new book, And Then They Stopped Talking to Me: Making Sense of Middle School.

In her book, Warner explores a wide range of topics surrounding parenting during the middle school years, including raising children during this important time of life, the history of adolescence and schooling, and how our own experiences can influence our young people.

In this Q&A, Eden Pontz, Executive Producer and Director of Digital Content at the Center for Parent and Teen Communication, spoke with Warner, who is also a mother of two daughters.

Eden Pontz: What would you say was the thing that you learned has changed most in the world of middle-school parenting today. And how has it impacted our middle schoolers?

Judith Warner: The biggest thing that’s changed in the world of middle school parenting is that parents are so in it with their kids. Aware of the dramas playing out. Involved in the conversations. Going through their kids’ phones, wanting to monitor their social media activity, and gossiping with other parents to know what’s going on in the social dramas of the class. That is new. Those of us who were middle schoolers in the 70’s, 80’s maybe even early 90’s didn’t have that kind of experience. Parents were generally more distant and involved in their own worlds. I think as a generation we have done everything we can to correct for what felt to many at the time like “under-parenting” or being left too much to our own devices. But I think often we overcorrect and we end up being excessively present to a degree that really isn’t good for our kids or good for us. We end up bringing a lot of anguish onto ourselves.

EP: What can parents do to help their teens make this “rite of passage” — the time spent in middle school — as you describe it, more successful?

JW:  I think that the most important thing that parents can do is work on self-management. Work on managing their own feelings. Their own emotions. Being in touch with them. Identifying them. Being aware, when they’re kind of rearing up and getting the better of them. And sort of talking themselves down into a place of calm maturity before they engage with their kids. And whether that is at moments when their kids are lashing out at them, angry with them, or withdrawing from them, taking a deep breath, realizing that that behavior is normal and necessary. That doesn’t mean putting up with incredible rudeness or anything like that, but just recognizing that it doesn’t mean that something is seriously wrong. It doesn’t mean that their children are rejecting them forever. It means that the kids are doing what they need to do to start to figure out who they are.

EP: Many parents become overwhelmed when thinking about how to handle the challenges that come from this phase of life, and you argue that the representation of middle schoolers in the media doesn’t help. How does pop culture sometimes make things worse, and how can parents have a different mindset?

JW: The pop culture representations of teens give us an easy out in thinking about these kids. We don’t have to think about them in their complexities. We can reduce them to caricatures or stereotypes and then we can “other”-ize other people’s kids in the words that we use. And still maintain the idea of our own child as a perfect victim. And that doesn’t serve anyone well. There are real challenges. Both to being this age and to parenting children this age. The challenges are the things we remember well. The extreme self-consciousness, the caring so much about what other people think of you, caring about popularity so much, which basically comes down to where you rank in the social hierarchy. One of the great strengths and good things about the age is the fact that you also have all this intellectual growth and capacity for being aware of the world and thinking critically about it.

EP: How can parents help their middle schoolers build character?

JW: Parents can embody the sorts of character traits and values they want their kids to have. They can also think about whether their family and the community that they’re in embody the values that they espouse. I think often, especially in competitive communities, we say one thing, but do another. We say we’re all about being kind, but we live in ways and do things that aren’t very kind. We exclude others in the way that we set up our neighborhoods and our friendships and other things. Kids learn by example. And especially at this age they are extremely clear-eyed about the world around them and about their parents. So, if parents are unkind to one another, to other family members, or gossip about their friends, or are judgmental or exclusive – it’s very hard to get across to kids that they are supposed to be operating on a higher moral level.

One of the great strengths and good things about the age is the fact that you also have all this intellectual growth and capacity for being aware of the world and thinking critically about it.

EP: How can parents explore the concept of “popularity” with their teens to help take pressure off them to feel the need to “be popular?”

JW: It’s worth stopping for a moment to think about what popularity is. Experts talk about two kinds of popularity: there’s the type of popularity in which people really like you and then there’s the kind of popularity where people more often than not are kind of afraid of you. The kind of popularity that has to do with power. In middle school, it’s that second kind of popularity that kids tend to talk about when they use the word. The problem with that kind of popularity is that generally, the people who have it aren’t very happy. They aren’t having a very good time, more often than not, because there’s a lot of pressure that goes along with that status. You have to maintain it, which means that others have to be kind of tapped down. You can be “dethroned” very easily. Getting there may mean you have to turn on other friends and leave them behind – so, if you do get bumped out you don’t have anywhere to go. It’s a tricky thing. The other sort of popularity that naturally comes from people liking you, endures. And it doesn’t cost you anything. It always helps you. So, I think if parents can point these kinds of things out to their children, it can give them a more solid base for thinking about what kind of people they want to be and how they want to navigate in their school and world.

EP: You write about memory, and how the things we remember and the things we don’t can be a strange thing — especially when it comes to our experiences in the middle school years. How important is it to reflect upon this as a parent with children in middle school?

JW: I think it’s really important to always have in mind that our kids are not us. It’s important to be empathetic, to listen, to hear and acknowledge what your child is experiencing. But getting to the point of fearing how terrible what they’re experiencing may be, and becoming emotional from a place of what it felt like for you may be unhelpful. One, it becomes about you and not about them, and your reaction needs to stay centered on them. Also, if you’re going off your memories, then you are taking yourself back to feeling and thinking like a middle-schooler — it’s so easy to do that! In our memories, we may feel and think very much like we do now, but there’s really a world of difference in our maturity and knowledge. Middle schoolers don’t have access to that larger context. But adults do have access to it and that context is so important. It’s the way we can understand where someone’s coming from and why they’re acting a certain way. And also, how we can then interact with them productively.

EP: You describe a “winner-take-all-mentality” that’s been adapted not just to achievement, but to many aspects of life, as being at the heart of many stories you heard while reporting this book. Should parents and educators reject or reframe this concept?

JW: I started using the phrase “winner-take-all society” a couple of books back, and I got it from a team of economists who were using it to describe the way wealth is distributed in our country now. You have a very small number of people who have vast wealth. And then you have the vast majority of people who are struggling. And the fact that our society is structured like that now, and that’s how we live and we have to adapt ourselves to it, that affects everything about our lives. It affects our children too. That’s the world they’re coming up in. It’s what they’re seeing modeled all the time. And it’s what they then go on to enact in many of their own lives. And a lot of popularity struggles in middle school have to do with that kind of thing – who has power, who’s on top? Schools and parents can back up those hierarchies or they can try to get kids to go in a different direction and get across to kids that being successful is not about just yourself and having everything for yourself and putting yourself above others. That a more lasting kind of happiness and success is one where you bring other people along with you. Where you do good for the community. Where the community succeeds along with you.

EP: Based on your observations and research, how do you think the uncertain times we’re living in may impact the way parents’ look to guide their teens during the middle school years?

JW: Uncertainty breeds anxiety. I think that parents have been very anxious in our country, for decades. And I think that everybody right now, especially, is super anxious. Kids and adults alike because we’ve had this enormous health uncertainty and economic uncertainty. People are generally not at their best when they’re full of anxiety. The way parents may express it is by becoming very controlling and wanting to tell their kids what path to be on and how to do things. When they’re feeling so much uncertainty themselves, they want all the more to create certainties for their tweens and teens. I hope that as a country we get to a better place so people feel better generally and can start to breathe a bit more and trust that their kids will be okay if they let them grow into being themselves — at their own pace and in their own way. 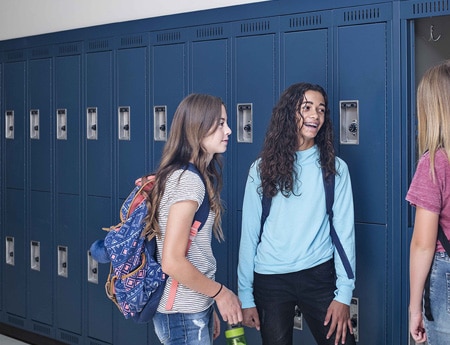 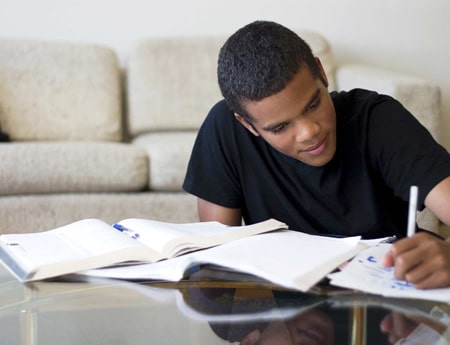 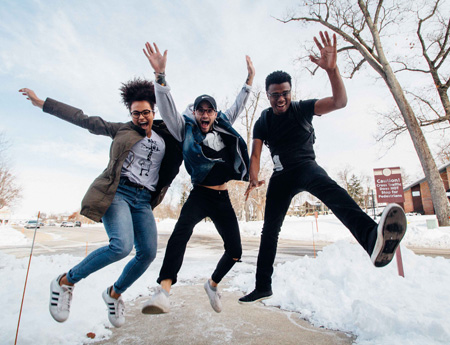