How Schools Can Help Teens Identify and Take Action Against Racism

For their new book, Schooling for Critical Consciousness, author-educators Scott Seider and Daren Graves headed back to high school where they studied what role schools can play in teaching students to learn how to identify and challenge racism and take action against racial injustice and other forms of oppression. They draw from their four-year study across five mission-driven high schools.

In Part 1 of this 2-part Q&A, Executive Producer at the Center for Parent and Teen Communication, Eden Pontz, talks with Seider and Graves, as they explain what critical consciousness is and how its development in teens is linked to positive outcomes including improved school engagement, higher academic achievement, and increased resilience. They also reveal how educators can influence its development and impact on both the students and the broader community.

Keep an eye out for Part 2, where you’ll learn what parents can do to help bring critical consciousness programs into your child’s school.

Eden Pontz: The title of your new book is “Schooling for Critical Consciousness.” What does critical consciousness mean, and what does school have to do with it?

Daren Graves: In “Schooling for Critical Consciousness,” we talk about how educators in schools and other educational environments can help nurture the ability to analyze oppressive forces and take action against them. So, we were interested in the ways that schools were doing work to help students build and develop a sense of critical consciousness.

Eden Pontz: How did you get started on this topic in the first place? What was it that motivated you?

Daren Graves: We started talking back in 2012. In the United States, we were going through  public conversations around issues of racism, especially as it related to unarmed Black folks being killed by police. Much like today, that was very much at the forefront of our public conversation. There was lots of talk about how parents were socializing their young children of color to be able to deal with and navigate racism out in the world. Scott and I are both educational psychologists and teacher-educators and were interested in what, if anything, schools were doing about it. That’s where the work started, and it sadly remains extremely topical today.

Eden Pontz: You studied a group of high school students (freshman to seniors) over the course of four years. Tell us about some of the effective practices that you discovered within the schools. Did you find anything that would apply outside of the schools in the student’s broader communities?

By social analysis, we mean, the recognizing and understanding racism piece of it. It’s literally being able to look out at the world and recognize the ways in which racism is working and the systems in which it’s working. During freshman year in one school, the first-year students took part in this class called “Social Engagement.” They were introduced to a framework for thinking about how racism works, called the “3 I’s”. The framework helps students make sense of the ways in which oppressive forces like racism work in the world. Students did several different activities within the class to deepen their understanding. And then what was really powerful was with that framework in hand, the young people could bring it to their other subjects and other teachers in the school. So, knowing that this was a framework students now had in their pockets, they could use it across their studies. For example, when they were reading The Bluest Eye by Toni Morrison, they looked deeply at the ways in which internalized racism was playing out in the lives of one of the characters in that book. In their science class, when they were studying the Tuskegee Airmen experiments, they could use that framework to think about how institutionalized forms of racism have been used to oppress Black people and other people of color. And so we found this to be very powerful, this introduction of a framework in the 9th grade, that other teachers could pick up and utilize as a way of understanding the world.

Daren Graves: Social action includes the wide range of activities that one can be involved with to help transform one’s condition or one’s community. One of the schools that we studied made it a built-in part of their graduation process to do action projects in their community.  In this particular school, they took a class in 12th grade called “Sociology of Change” in which they were given an education in the theories and practices behind organizing. This launches them on a process where each 12th-grade student, engaged in a “Change the World” project. Young folks were encouraged to think about a community issue or personal issue that was impacting them and then research it and put it into action. After they finished their project, they would have to do a formal academic presentation. What would often happen is that the students in the 9th, 10th, and 11th grades were often recruited to be part of these projects. So, one way or another, the students all experienced the “Change the World” projects. And that had a powerful effect on the younger students and their future projects.

Scott Seider: The third part of critical consciousness connects what is learned into action. It’s important to be able to recognize and understand oppressive social forces. It’s also important to be able to take action against them. It’s known as political agency — the belief that they can engage in work that will have a meaningful impact in their community and world. We found that schools could play a big role in fostering young people’s political agency by giving them opportunities to affect change within the school community. For example, in one school, there was a student advocacy club that chose issues to work on. In that school, there was a uniform policy. The students decided they wanted to be able to wear shorts in the late spring when it got warm. They didn’t want that to be a uniform violation. They worked as a group to come up with a petition, they met with the principal, and engaged in the social change work to change that policy. They were incredibly empowered by that experience.

When we were starting the project, we wouldn’t necessarily have guessed that opportunities to effect change in school would be useful for the students’ other communities. The answer seems to be yes, yes it does! I think what the students were telling us was that their school community feels as real to them as any community that they are a part of. So, if they can make changes at school, that increases their feelings of agency around making changes in other areas.

Eden Pontz: What were some of the positive results you observed in the young people you followed, and how do they relate to the development of character strengths?

And in our project, we found out that young people’s growth in certain areas of critical consciousness related to growth in curiosity. And that makes sense when you think about it. Being curious about how the world works is going to increase your likelihood of seeking out current events and the news, reading, and having conversations about social action opportunities. And likewise, when you start to learn more about how oppressive social forces work in the world, that increases your curiosity to learn more about what other aspects of society you may not have been exposed to.

Another thing that our project uncovered is that young people who show the most growth in critical consciousness over their four years of high school also had higher grade point averages at the end of high school — so it predicted their academic achievement. The primary reason we think schools and communities should invest in critical consciousness work is to challenge oppression and transform society. But there are also benefits for the young people themselves.

Eden Pontz: What would you say to those who might feel schooling for critical consciousness takes away from all of the other things already on their list of things to learn in school?

Daren Graves: Scott and I are both teacher-educators. We fully recognize that teachers have way too much to do in a lot of ways. We get that. Sometimes we get questions like, “Is critical consciousness another class?” or “Is it another subject area?” But the answer to that question really builds on what Scott was saying — the development of critical consciousness is linked to many of the outcomes they were interested in for our young folks. Whether it’s school engagement or academic achievement, professional aspirations, resilience, political engagement, it’s all connected. So, we see the development of critical consciousness not as a diversion from the many goals and outcomes of interest for teachers. Rather, it is a means to get to those outcomes.

Scott Seider: I suspect that one of the things from our research that will be the most useful out in the world is the finding in which young people who describe the most growth of critical consciousness over the course of high school finish with the highest grade point averages. Those analyses really make the case that critical consciousness and positive youth outcomes go hand in hand.

Scott Seider is Associate Professor of Applied Developmental Psychology at the Boston College Lynch School of Education and Human Development.

Daren Graves is Associate Professor of Social Work and Education at Simmons University.

How Schools Can Help Teens Identify and Take Action Against Racism 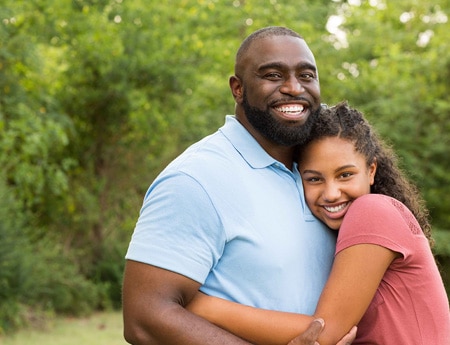 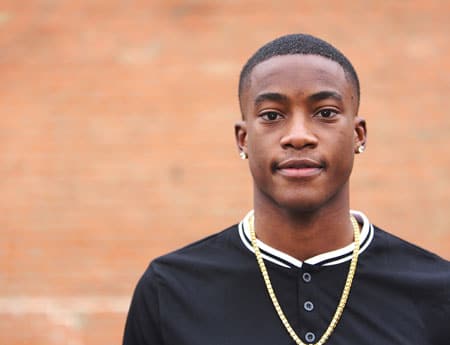 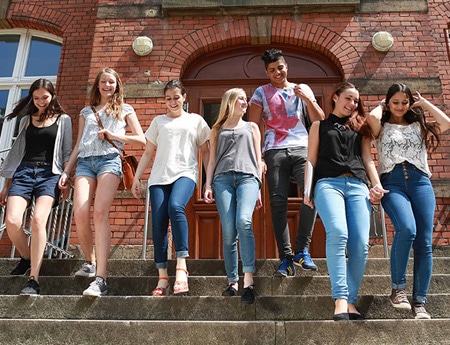