Prevent the Negative Impact That Stereotypes Have on Teens 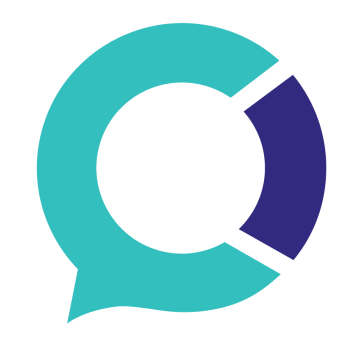 Stereotype Threat: What is it?

Stereotypes — those simplified images or concepts associated with people belonging to a group — are common in our world. But did you know stereotypes can cause great harm to a young person’s school performance, career path, and ultimate success? When this happens, it is known as stereotype threat.

Picture the images that come to mind when you think of a politician. If you first imagined a middle-aged Caucasian man, you are not alone. Your answer might be the same as many others if I asked you to imagine an engineer, mathematician, or astronaut. And what comes to mind when asked to picture a preschool teacher, librarian, or professional athlete? The lack of diversity in these fields is not because women and minorities are incapable of excelling in STEM (Science, Technology, Engineering, and Math) or because men are uninterested in elementary education. Instead, it is partly due to the damaging effects of racial, gender, and cultural discrimination as well as stereotype threat. Stereotype threat occurs when someone takes in a negative stereotype and follows it with or without intent. This type of threat can impact a person of any age. It can disrupt important life choices, and affect academic success.

Young people are particularly vulnerable to stereotype threat. Imagine you are a young woman. Right before you are about to take an important math test, you see a commercial of a woman excited about a new brownie mix. This commercial may not seem significant but now imagine instead it featured a woman speaking about her passion for engineering or health care. In which case do you think you will perform better on the test? Well, a study tested this exact scenario, and women performed worse than men on a math test after seeing the brownie mix commercial. However, the group of men and women who didn’t see a gender-based commercial performed equally well. These results show how damaging viewing just one stereotypical image can have on young people.

A study of college students gives another example of how impactful stereotypes can be and how they work. The study consisted of two groups of male and female university students equally interested in leading a group in an experiment. Researchers showed one group commercials featuring only males in leadership positions. They showed the other group commercials with females in leadership positions. During the experiment, the women in the group that watched the commercials featuring male leaders were more likely to choose a non-leadership role than the women in the other group. The women in this study followed an undermining stereotype which denied the group from benefiting from their leadership skills. Everyone lost out. When people give in to stereotype threat, stereotypes often remain and lead to a lack of diversity in specific fields.

The Impact of Stereotype Threat

This very thing happened to me. When I was a senior in high school, I was one of four girls in my AP Physics class of about twenty-five students. Despite my love of physics, I didn’t enjoy going to class. The four of us girls sat secluded in the corner of the room, working amongst ourselves while the boys walked around the class bouncing ideas off each other. I remember thinking to myself, “I am not going to take another physics class. Why am I here?” Unfortunately, that was true. I ended up changing my major in college so I wouldn’t have to take physics or chemistry classes. Another girl from the class switched her major from engineering to environmental science.

Due to stereotype threat, we could not find the sense of belonging we needed in our physics class. As a result, we unintentionally followed the stereotype and found belonging in the classes women are more stereotypically expected to succeed in instead. Choosing to change my major was an act of self-preservation so I could feel belonging in my classes. I still ended up following the stereotype, even though I don’t actually think men are naturally better at physics than women. This demonstrates just how powerful stereotype threat can really be.

As a college student, I was able to overcome stereotypes by changing my mindset. When I was a part of Army ROTC, a stereotypically male organization, being female made me a weak link by default. I hated the thought of being considered weak, so I did everything in my power to rewrite this misconception. I always pushed myself to the limit during training, and I worked hard to keep up with top cadets when we went for runs.

On my physical fitness test, I challenged myself to receive the maximum points on the female grading rubric and the male rubric. When I finally did receive that perfect score on the fitness test, I noticed a shift in how I was regarded. I had earned the respect of the leadership and my peers. For the first time, I was treated like an equal, not a liability. I was able to overcome stereotype threat because I knew I could control my ability to succeed. With the support and encouragement of my family and friends, I worked my hardest every day to take charge of my success, and it paid off.

The Solution: Change Your Mindset

Fortunately, today’s children do not need to be held hostage to a specific way of life by stereotype threat. Young people can change their academic performance and future outcome by changing their mindset from a “fixed” mindset to a “growth” mindset.

A fixed mindset describes people who think they can’t change their personal qualities. They tend to believe they have a certain level of skill, and they can’t improve their level of intelligence. There is a link between experiencing stereotype threat and having a fixed mindset. Children with fixed mindsets report higher levels of self-doubt, poor problem-solving strategies, and increased anxiety and boredom in an academic setting.

On the other hand, a growth mindset is when people understand they can improve their abilities and intelligence through hard work and dedication. Children with a growth mindset often demonstrate effective problem-solving strategies, independent self-instruction, and lower levels of stress, anxiety, and depression. When I started ROTC, I could barely run one mile in eight minutes. However, I was determined to improve my performance, and in just a few weeks, I cut my mile time down by a minute and increased my endurance. Because I developed a growth mindset and knew my performance could be improved, I worked hard every day, knowing that soon I would see results.

While anyone can develop a growth mindset, students targeted by stereotype threat show that they benefit more switching from a fixed to a growth mindset. They can protect themselves from being controlled by society’s stereotypes. By changing how they deal with problems, they can take charge of their intelligence, education, and success. This determination and positive mindset can help young people overcome the negative consequences of stereotype threat.

An added bonus? Students who adopt a growth mindset tend to be more successful in tasks they tackle in general. They believe hard work and a passionate attitude will shape their future. And it can!

How to Encourage and Develop a Growth Mindset

Anyone or any age can develop a growth mindset. Here are a few tips to adjust how you think about yourself and the world around you:

Recognize that Mindset is a Choice

By changing the way you address a problem or challenge, you change your mindset. You make a choice to approach obstacles optimistically. When struggling with something, instead of seeing it as a failure and a personal flaw, a growth mindset lets you see the problem as solvable with hard work, determination, and support from others. It is also important to realize that traits like intelligence or athleticism are things you control. Knowing this is important to apply a growth mindset and approach challenges positively.

Be aware of the language you use in a frustrating situation. When facing a challenge, instead of thinking “I can’t do this!” or “I am not smart enough to do this,” instead add the word “yet” to these phrases. “I can’t do this yet.” This way, you’re not accepting defeat just because you didn’t succeed right away. It gives you the time, space, and permission to try again.

When a person is praised for their ability in something, they naturally want to maintain that ability. Praising ability suggests that someone has a consistent ability beneath their performance which can be harmful. Instead of praising and valuing yourself and others on an ability like being smart, praise yourself on what you learned or gained from the task.

Stereotypes and stereotype threats can have huge impacts on adolescents and the lives they make for themselves. Combating stereotype threat by developing a growth mindset lets young people get past the negative influence of stereotypes, reduce stress, and live up to their true potential.

This article was written by Samantha Costello. At the time this article was published, Costello was an undergraduate at the University of Pennsylvania studying cognitive science and bioethics in the College of Arts and Sciences. Her primary academic interests lie in brain plasticity, human behavior, and learning. About Center for Parent and Teen Communication

CPTC is fortunate to receive editorial contributions from a range of multi-disciplinary experts, journalists, youth, and more.