CPTC students are a group of hard-working young people committed to helping us further our mission of strengthening parent-teen relationships. They support our research, content production, and marketing efforts.

Amber Afzali is an undergraduate student at the University of Pennsylvania double majoring in Political Science (International Relations) and Psychology and pursuing a minor in Economic Policy. She is originally from Southern California, where she lives with her parents and two dogs. Amber enjoys traveling, learning new languages, and stand-up paddle boarding. As for her academic interests, she is particularly fascinated by criminal psychology and justice reform, international women’s rights, and political psychology. 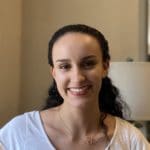 Samantha Costello is an undergraduate at the University of Pennsylvania studying cognitive science and bioethics in the College of Arts and Sciences. Her primary academic interests lie in brain plasticity, human behavior, and learning. 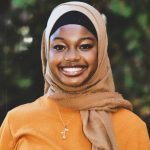 Yasmeen Haruna is an undergraduate at the University of Pennsylvania studying biology in the College of Arts and Sciences. In her free time, she enjoys spending time with family, watching historical documentaries, and trying new foods. Her primary academic interests lie in child psychiatry, researching adverse childhood experiences, and neuropsychology. Her future plans include a career in medicine and women’s health. 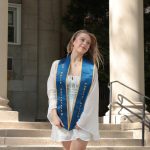 Sarah Ann Lundquist is a Graduate student at La Salle University studying Public Health. She received her undergraduate degree in Public Health and graduated in May of 2022. She is originally from Long Island, New York where she would spend her summers at the beach with her family and dog Pippa. She loves to sing and ski, and is currently the President of the Ski and Snowboard club at her University. Her academic interests include Maternal Health, Reproductive & LGBTQ rights, and Mental Health awareness. 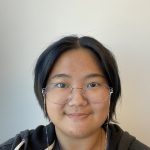 Kristen Stephan is an undergraduate student from Drexel University studying Film and Television. Born in South Korea, and adopted and raised in the U.S., she enjoys learning new things about her birth country and new skills in the world of entertainment. Kristen spends her free time honing her skills in editing.

Delsea Albanese is a New Jersey native. She is studying marketing at Drexel University, pursuing a minor in film and ecology. She enjoys being creative and has a particular passion for drawing and ceramics. She loves wildlife and is a big advocate for wildlife conservation. In her free time, she enjoys exploring different art mediums, as well as various outdoor sports. 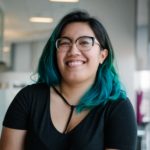 Aisa Binhashim was born and raised in New Jersey. She is currently a student at Drexel University majoring in Animation and minoring in Fine Art. She loves learning about all different art forms whether traditional or digital. Her other interests include baking and collecting overwhelming amounts of stickers and washi tape. 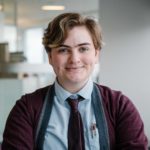 Paul Cinicola is a Pittsburgh native, studying medical anthropology at the University of Pennsylvania. His plans for the future include continuing his education with graduate work in public health and medical school with the goal of uplifting queer youth and parents. In his free time, he enjoys cooking, writing and playing Ultimate Frisbee. 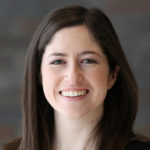 Danielle Doolittle is originally from Northern California but has lived on the East Coast for the past four years and is now finishing up her Master’s in Social Work at the University of Pennsylvania’s School of Social Policy and Practice. In addition to her work at the CPTC, she was a social work intern at the Children’s Hospital of Philadelphia in Oncology. When she’s not studying or working, you can most likely find her watching Netflix, baking cookies, or showing friends pictures of her adorable nieces and nephew. 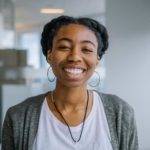 Donnisa Edmonds is from Gambier, Ohio. She studied psychology at the University of Pennsylvania and competed on the women’s track and field team. She considers herself a ‘neuroscientist in training’ and is currently working as a Post-Bac Researcher at Northwestern University. 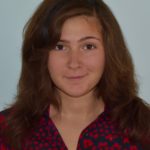 Dana Galo is a student at Drexel University, majoring in Communications with a concentration in Public Relations and pursuing a minor in Entertainment and Arts Management. She is from Abington, Pennsylvania. Dana is passionate about all things social, media, and entertainment. She loves to be creative, travel, and spend time with her friends and family. 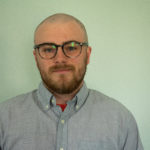 Connor Heap was born and raised in Connecticut. He is currently attending Drexel University majoring in Film and Video. He’s an amateur photographer and musician who loves to try new things. In his free time, he enjoys watching movies, reading, gaming with friends and writing for future projects. 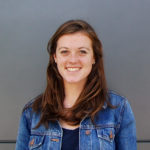 Sarah Hinstorff is originally from Palo Alto, CA. She recently graduated from the University of Pennsylvania, with a major in International Relations and minors in International Development and Hispanic Studies. She is currently continuing her Penn education with a Masters in Nonprofit Leadership. She has previous experience with political campaigns and nonprofits of all sizes, and she hopes to devote her career to designing creative approaches to social change. In her free time, she loves to run, travel, and listen to way too many podcasts. 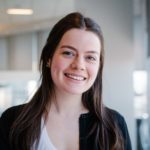 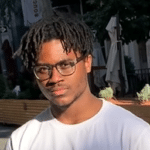 Matthew Landell is a sophomore at the University of Pennsylvania from Queens, New York. He is studying Philosophy, Politics, and Economics (PPE) while following the pre-med track aiming for med school. In his free time he enjoys PC gaming, playing basketball, and listening to music. 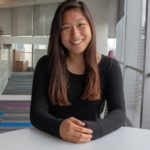 Samantha Lee is a sophomore at the University of Pennsylvania studying Digital Media Design. She is fascinated by the intersection between technology and art, and hopes to use her love for visual storytelling and digital art to connect with people across the world. When she’s not animating or studying computer science, she is most likely learning how to paint, playing guitar, or watching movies. 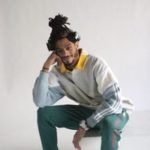 Oludare Marcelle is a Junior at the University of Pennsylvania from Trinidad and Tobago. He is studying Fine Arts and Cinema Studies and assists with digital content production at the CPTC. When he isn’t animating or editing, which is rare, he works with the University’s Netter Centre, where he assists with health and physical education and teaches music production at public schools in West Philadelphia. Oludare has always loved working with and guiding children. 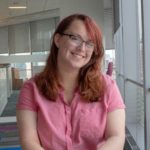 Cassie Rosin is a senior at Muhlenberg College where she studies Film and Theatre. She finds passion in all things post-production from editing to foley! She also enjoys exploring other forms of media art such as photography and graphic design. Outside of the film world, Cassie loves to cook, play games with her friends, and rock out on her ukulele. 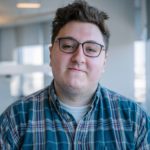 Matthew Rouselle, served as a Senior Media Assistant at the CPTC. He assisted with filming, video editing, photography and other digital media efforts of the center. Matt is a a freelance filmmaker and photographer in and around Philadelphia. 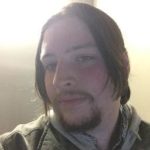 Aaron J. Sanden is currently a Junior in Drexel University’s Animation program. After college his goal is to open his own animation studio and produce anime for television, with an extended goal to procuring his own television station to broadcast their programs. His hobbies and interests include sarcastically over-analyzing television shows, sketching, and plotting out concepts for series he intends to expand on at a later date. 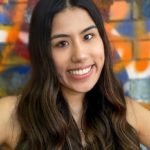 Araceli Sanchez is an undergraduate student at Drexel University from Long Island, New York. She is studying Film & Television and pursuing a minor in Marketing. In her free time, she enjoys listening to music, painting, and being creative. She enjoys traveling and exploring new places. Her future plans include a career in digital marketing and television commercials. 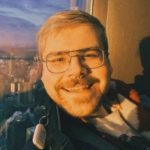 Wayne Schmitt is from eastern Kentucky and while working at the Center for Parent and Teen Communications was a senior at the University of Pennsylvania, studying biology. Wayne worked as a Media Assistant, capturing b-roll footage, editing videos, planning media content, and taking photos for CPTC. In his free time, Wayne enjoys photography, music, and film. After graduating, he was an intern at the Morris Arboretum, a great place for parents and their children alike to spend some time relaxing in the gardens. He has just started a master’s program for Forest Information Technology in Eberswalde, Germany where he hopes to combine his interest in computers and nature. 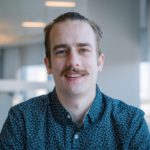 Mike Tatlow is an undergraduate Film student at Drexel University focusing on film production and sound editing. During his time at CPTC, Mike supported podcast and film recording, editing and sound mixing. 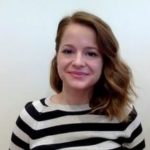 Shannon Traurig is originally from Pittsburgh, PA and graduated in 2018 from the University of Pennsylvania with a dual masters in education and counseling. She currently works at Nationwide Children’s Hospital in Columbus, OH as a mental health therapist. During her time at CPTC, Shannon brought extensive knowledge of child and adolescent development as well as a passion for promoting mental health in children and families. 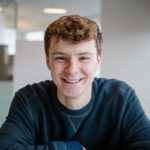 Sean Welch was born and raised right outside of Philadelphia. He is a student at Temple University studying Political Science and English. He believes in giving back to his community and currently tutors ESL and foster youth throughout Philly. He loves learning new things — from history teach-ins to YouTube quantum-physics crash-courses — but also enjoys playing the piano and learning Spanish in his free time. 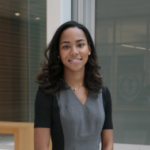 Amber Williams is originally from South Orange, New Jersey and currently is a Senior at the University of Pennsylvania, majoring in Communication and minoring in Hispanic Studies.  In her free time, she enjoys reading, long-distance running and watching movies. In the future, she hopes to lead digital marketing at a tech company.