The Benefits of Teens Playing Sports

From Serena Williams to Tom Brady, to Megan Rapinoe — athletes command tremendous respect the world over, and their success and influence extend far from the field or court. Indeed, there are a wide variety of pros to playing sports and being physically active — this goes for both team sports and solo activities like running, walking, hiking, or kicking a soccer ball around —and many of them benefit us well into old age.

Among the lifelong benefits of being physically active:

Many of us have also seen or experienced firsthand that physical activity can build even more in the form of sport. Character, competence, confidence, connection — these and other “intangible” attributes gained on the playing field, are essential components of resilience, according to Dr. Kenneth Ginsburg, Founding Director of the Center for Parent and Teen Communication. So, it’s essential to support your teen in getting into and staying in the game.

Explore a Range of Sports

Whether they start by playing pick-up soccer with friends at the park or shooting baskets during open gym at the neighborhood Y or in the driveway, encourage your teen to sample several sports. The more sports your young person explores, the higher the chances they will discover one that they will stick with and love. Experimenting is also a practical matter. For example, basketball — one of the most popular sports in America — has only five players per side, so not everyone will necessarily play on game day.

Aim for the Fun in Sports

“Riding the pine” — otherwise known as sitting on the bench — is one reason why research shows that most kids play sports for less than three years and quit by the time they’re 11. By then, many kids complain that sports are no longer “fun.” What counts as fun? Fun, to them, includes things like trying their best, the coach treating them with respect, getting playing time, playing well, bonding with teammates, and exercising and being active.

What’s “not fun”? Surprisingly, winning, playing in tournaments, practicing with specialty trainers and coaches, earning medals or trophies, traveling to new places to play, and getting pictures taken fell on the list of activities that make playing a drag. Consistent with this, the American Academy of Pediatrics (AAP) suggests that until your young person enters their teen years, the goal of sports should only be fun. Avoid emphasizing competition before age 13. High performance should be saved for ages 15 and up.

The more sports your young person explores, the greater the chances they will discover one that they love and will stick with.

Don’t Look for “The One”

Often intended to maximize the odds that a child will play at an elite level, get an athletic scholarship to college, or, one day, go pro, specializing in one sport does not give kids a leg up, as the conventional wisdom suggests.

In reality, only one percent of high school athletes earn a college athletic scholarship, and fewer than 0.5 percent will make it to the pros. Though it has certainly gotten a lot of press, in sports, the 10,000-hour rule tends not to apply. Worse, specializing in one sport increases the odds that your teen may get hurt, become stressed out or even depressed by the daily grind, or become burned out.

Even if your child dreams of playing professionally, teens’ odds of making it increase if they play more than one sport. College athletes are less likely to have specialized in one sport than other former high-school players. Seven in 10 Olympians have been multi-sport athletes, and most found that experience valuable.

The AAP recommends kids not specialize in one sport before they turn 15 or 16. Waiting helps minimize overuse injuries that tend to develop when kids excessively stress one part of the body. Your teen’s pediatrician can also help them determine whether their sports goals are appropriate or realistic.

No matter what sport your young person plays, also ensure that they take a break — one to two days off each week and one full month from their primary sport every four months should be enough. During their days off, it’s good to play other sports and cross-train to help their body stay fit while preventing overuse injuries.

Girls in the Game

Unfortunately, girls often don’t benefit from sports to the same degree that boys do because only one-third of athletes are female.

We have to do better. The positive impact that playing sports has upon a girl’s well-being is evident. Research shows:

“We need to do a better job of making sure we reach girls,” says Karen Issokson-Silver, the Vice President of Research & Evaluation for the Women’s Sports Foundation (WSF), a nonprofit whose mission is to enable all girls and women to reach their potential in sports and life. “Maybe their parents don’t have sports experience, it’s not in their culture to play sports, and they just have to be introduced to it.”

Girls of color are less likely to be involved in sports than their male counterparts. About half of the parents of Black and Latinx girls believe that their community offers more sports for boys than for them. Some young Black women stay on the sidelines because they don’t want to sweat out their hair. (Go here for styling suggestions that will let them stay in the game.)

Many people also prioritize academics over sports. The good news is that participation in one can help your teenager succeed in the other. “Parents may not recognize the benefit between sport and academics—and academics might be a priority in a family at the exclusion of sport, which is really unfortunate because we know how sport reinforces academic success,” says Issokson-Silver.

Too often, young people experience external barriers that keep them out of the game.

“Whether it’s a transportation issue, their neighborhood isn’t safe enough for them to walk around in the afternoon to find their activity; or they don’t have the money, the entrance fee, the sneakers, or the sports bra; or they need to be home supervising younger siblings; there are so many real hurdles,” Issokson-Silver says.

It’s our job as adults to make participating easier. So, encourage exploration, focus on fun, help children hop over the hurdles to getting involved—and help kids stay active.

The Benefits of Teens Playing Sports 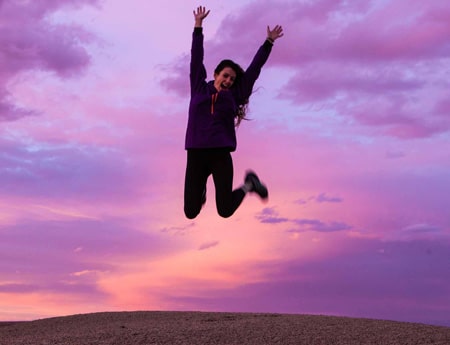 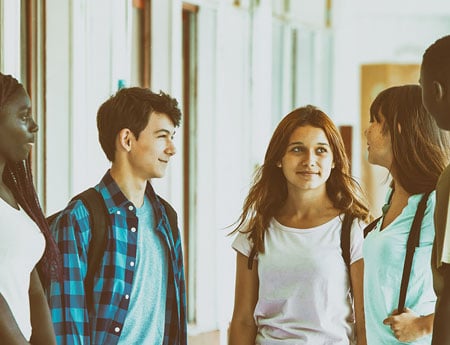 Hilary Beard is a Philadelphia-based writer, speaker, trainer and coach. She has written 13 books, including “Promises Kept: Raising Black Boys to Succeed in School and in Life.”